After a hiatus of a decade..

DARREN IS BACK BABY!

Australian icon Darren Hayes returns today with a stellar new single titled ‘Let’s Try Being In Love’. It’s the first new song he’s released in a decade, marking the beginning of a new era for Darren. The new single is less about making a comeback, and more about displaying a rebirth, with Hayes’ new era showcasing some of his most personal works yet. 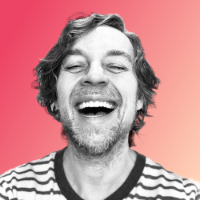 The music we’re about to hear has been entirely arranged, produced, composed, and performed by Hayes himself for the first time ever. ‘Let’s Try Being In Love’ teases the most artistically fulfilled version of Hayes yet, and it comes paired with a theatrical clip too. The track has been inspired by a number of queer icons, including Patrick Cowley, Shep Pettibone, and the film Call Me By Your Name. Drawing from these figures and iconic texts, Hayes new single emerges a poignant musing on life, love, regret and realisation.

I’ve been married to Richard (Cullen) for almost 17 years, I’m in this really comfortable place in my life, said Hayes of the new single. But at the same time at mid-life I’m grieving the fact I never got to celebrate who I really was at the period of my life where I was most famous. I look at this world we live in now where someone like Lil Nas X can push forward his true self, full of pride and self-love and have the chance to be loved for who he truly is. I was realising with great sadness that I didn’t get that experience. A lot of the time I was my most famous, I was deeply sad.

His want to celebrate his true self rings true in the clip, which was written and art directed by Hayes himself, alongside director Andrew Putschoegl.Starring Madeleine Coghlan and Scott Evans, the clip follows Hayes as he grapples with the duality of himself. He’s the love interest in the clip, torn between letting go of who he thought he needed to be in favour of who he truly is.

In the music video I’m looking back on that first period of my life where I’m married to a woman. I’m realising that in order to be free I have to destroy something beautiful and innocent, Hayes explained. Scott’s character represents the freight train of my future sexuality and that’s gonna emerge no matter what. I wanted to show I love the feminine in me, be proud of the gay me. There’s a dance scene that is so passionate, everything’s alive and thriving and blooming. That’s how I feel in general about music. And that’s a hugely sharp contrast to how I felt 10 years ago. I didn’t have plans to make music, it just kind of happened in a really wonderful, organic way. This whole period of being away from the public eye, taking time out was a choice.

2022 marks 20 years since Hayes delved into his solo project, and 25 years since the release of Savage Garden’s acclaimed, self-titled debut album. Alongside the announcement of his musical rebirth, Hayes is today also being announced as the headliner of the 2022 Sydney Gay & Lesbian Mardi Gras Parade.

I couldn’t be more excited, said Hayes in an official statement. Last year, I was in awe, along with the rest of the world, as Australians united and came together safely to celebrate our vibrant and resilient community. I decided in that moment, if this could happen again in 2022, I was going to do everything within my power to come home and celebrate with you. You can imagine how thrilled I am, truly, to have been chosen to close what I know will be an unforgettable and necessary night of pride and joy. I’m so looking forward to spending time together after so much time apart.

With more exciting announcements still to be revealed, ‘Let’s Try Being In Love’ is the perfect way to kick off this new chapter for not just Darren Hayes, but for the dedicated global fanbase who will celebrate this next phase too.